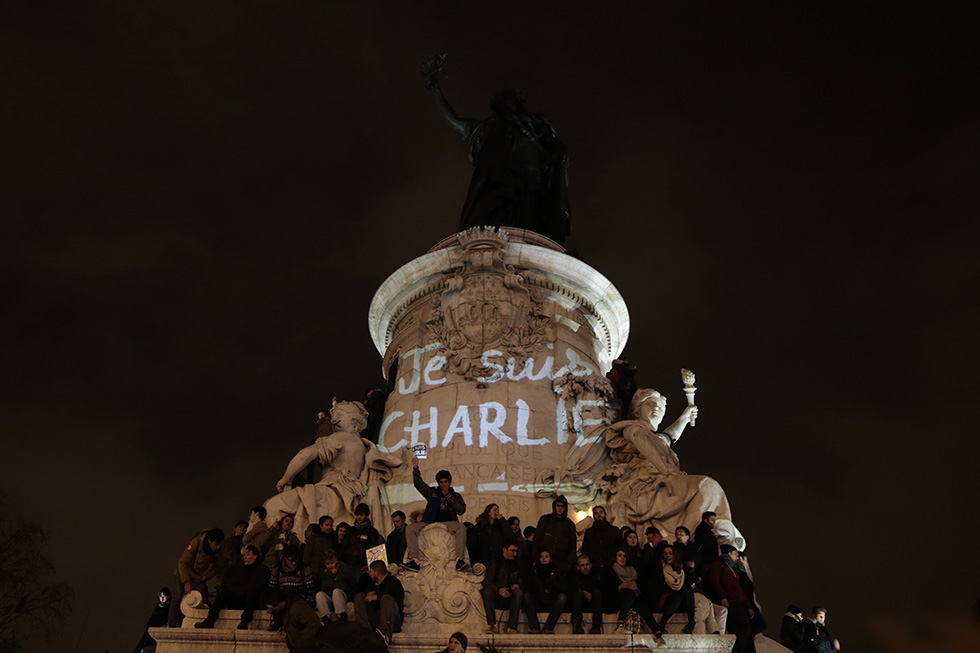 People stand on the statue of the Republic square next to a graffiti reading “I am Charlie” in Paris, on January 7, 2015, during a rally to show their solidarity for the victims of the attack by unknown gunmen on the offices of the satirical weekly, Charlie Hebdo. Heavily armed gunmen massacred 12 people on Wednesday after bursting into the Paris offices of a satirical weekly that had long outraged Muslims with controversial cartoons of the prophet Mohammed. AFP PHOTO JOEL SAGET (Photo credit should read JOEL SAGET/AFP/Getty Images)

Immissioni in ruolo: i posti disponibili divisi per province